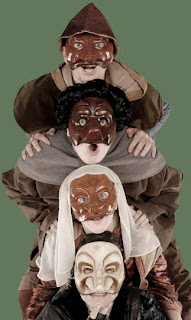 The Ophaboom Theatre Company, founded in London in 1991, specializes in creating and performing contemporary works in the Italian Commedia dell' Arte tradition.
In its earliest form (in 16th century Italy), Commedia dell'Arte married the rough entertainments of traveling street peddlers with the classicism of Greco-Roman drama and the masks of Venetian Carnival -- using stock characters to create a vibrant, highly physical (and often subversively political) form of comedy theatre. Performed outdoors on high trestle stages in busy piazzas and market squares, Commedia was beloved by audiences all across medieval and Renaissance Europe. Its themes can be found time and time again in the works of Shakespeare, Moliere and other great European dramatists. 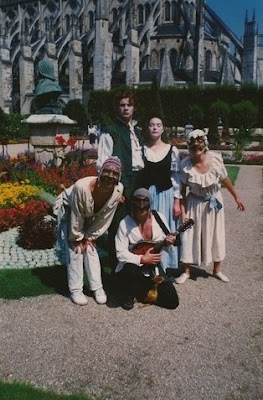 Drawing on medieval theatre, trickster tales, and Commedia's origins, Ophaboom set out to create a contemporary style of Commedia dell'Arte that would resonate with modern audiences of all ages. Working in four languages (sometimes all in the same show!), we have performed extensively throughout the British Isles and all across Europe, and have traveled as far afield as North America and Southeast Asia. Although we sometimes perform in traditional theatre spaces, we have also set up our trestle stage at festivals, on street corners, in village halls, in bowling alleys and many other less conventional venues -- for Ophaboom is dedicated to bringing theatre to audiences who might not otherwise go to see it.
We draw on the themes of familiar stories (Richard III, Robin Hood, The Hunchback of Notre Dame, Faustus, etc.) and make use of traditional Commedia techniques, but our shows are not museum pieces from a bygone age. Ophaboom brings the trickster spirit of Commedia into the 21st century, creating shows that are socially and politically topical...as well as slapstick and hilarious! 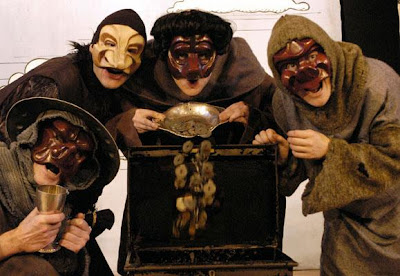 'The actors are masked, the action is loud and the satire is topical. The four-strong company generate a winning warmth.'
-- The London Times
'Ophaboom have preserved the spirit of Commedia dell' Arte whilst developing it into a form which is very much of today.'
-- British Theatre Guide About the members of our company.... 
Geoff trained intensively with Desmond Jones, Antonio Fava, and Carlo Boso, all of whom specialise in physical theatre and Commedia dell' Arte. He has also studied with Complicite, Monika Pagneau, Philippe Gaulier, and Theatre de Soleil.

In addition to performing with Ophaboom, Geoff has worked with a number of other companies, including the children's theatre company Kazzum. He has appeared in wide variety of roles in film and television, was Patrick Stewart's flying double in Christmas Carol, and performs with the Secret Cinema events group in London. Geoff is also well known as one of the U.K.'s principal teachers of Commedia dell'Arte, physical theatre, mask work & movement, and stage fighting. He teaches in both the U.K. and abroad, with students ranging from children to university-level drama students and professional performers. He is also a writer, currently working on a series of fantasy novels. Geoff lives in London. Howard studied English and Drama as an undergraduate at Exeter University, and The History of Western Esotericism as a graduate student at the same school. He also trained in physical theatre at the Desmond Jones School in London. In addition to performing with Ophaboom and directing most of Ophaboom's shows, Howard has directed shows for other companies in the U.K. and abroad. He's created puppet shows for The Little Angel Theatre in London, performed in shows for both the Little Angel and Puppet Theatre Norwich, and has directed Commedia and children's theatre for the ESMAE Theatre School in Porto, Portugal. He appeared in the video for "Running" by the Stereo MC's, has performed with musical groups ranging Daughters of Elvin to The Nosy Crows, and (Tolkien buffs might be interested in knowing) was the model for the Alan Lee painting on the cover of Tolkien's The Children of Hurin. Howard has written play scripts in collaboration with the other members of Ophaboom; radio plays in collaboration with Owen Powell; articles on drama, masks, and myth for various journals and magazines; and is at work on a graphic novel, John Barleycorn Must Die, with artist Rex Van Ryn. After many years of living in London (when not traveling the world with Ophaboom), he has settled in a small arts community on the edge of Dartmoor. For more information, visit Howard's biography page on the Endicott Studio/Journal of Mythic Art website. Sarah studied at New College, Oxford, and East 15 Acting School. Her theatre experience includes Around the World in 80 Days for Phil Wilmott at BAC, Baba Yaga in Horla's Rumplestiltskin and Other Grizzly Tales, Zanni/Capitano in Paola Cavallin's 21st century Commedia show Modern Times, and Casting Shadows at the Palace Theatre, Westcliff. She has been touring with Ophaboom since 1997, where her roles have included Claudia in Richard III, Gretchen in Faustus, Esmeralda in The Hunchback of Notre Dame, Mr. Burke in Burke and Hare, Friar Tuck in Robin Hood and Pulcinella in Casanova. She has recently performed with Penny Dreadful in Bitches Ball, and toured Europe and Japan with Tour de Force's critcially acclaimed production of Animal Farm. When not on tour, Sarah lives in the greater London area. Claire trained at Hope Street's Physical Theatre Programme, Actors Space Barcelona, and L.H.U.C.. She is also a classically trained pianist. Claire has been touring with Ophaboom since 2000, where her roles have included Maid Marion in Robin Hood and Isabella in Casanova. She lives in Liverpool, where she composes and teaches music in addition to her work in theatre. 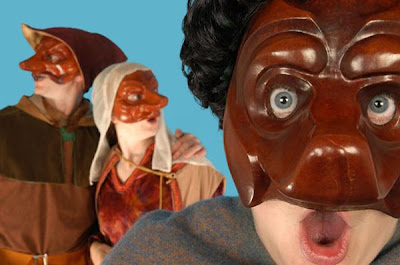 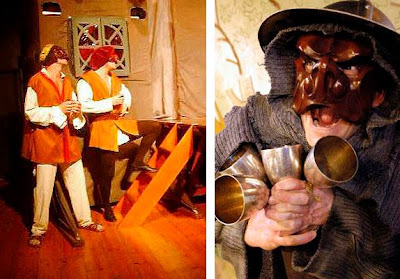 The Hunchback of Notre Dame and Robin Hood 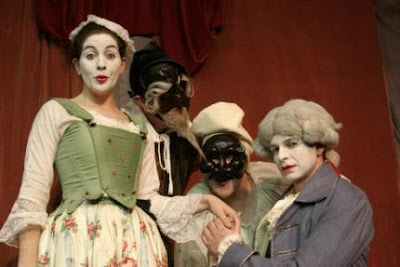 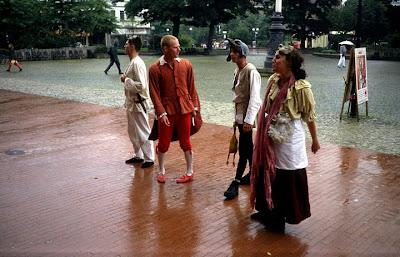 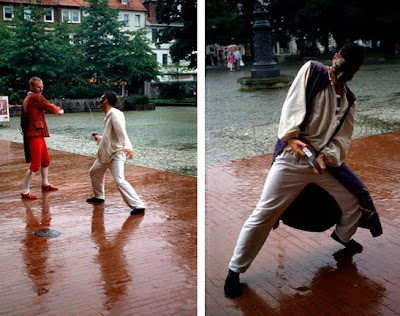 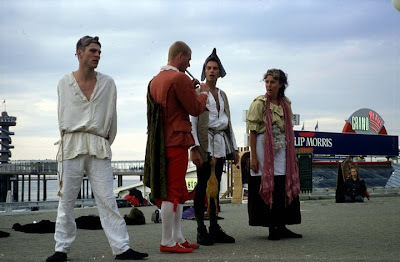 Ophaboom in Scheveningen, The Netherlands 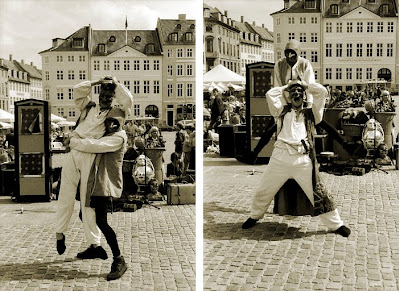 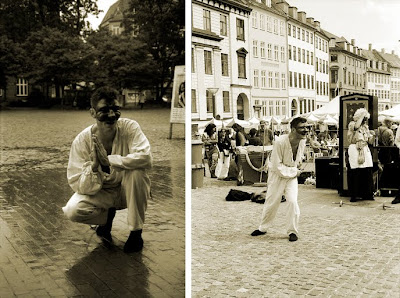 Howard Gayton in Germany and Denmark